David Conover, an innovative high school at risk teacher, engages his students -- and stimulates an interest in a career in technology - by having the students build games and simulations for young patients at Dell Children's Hospital in Austin, Texas.

In one of first projects, Conover's class created a simulation around infectious diseases for use with Minecraft, a popular software that lets kids program. Next, he took on helping them use AI and simple robotics to create games that help patients learn why medicines are important and how to do things like have better discussions with their doctors about their medical issues.

Join David to see how teachers can use available tools like IBM's Watson AI to learn 20th Century skills.

For more information on Serious Play Conference, an annual gathering of thought leaders in the serious games industry, go to www.seriousplayconf.com. 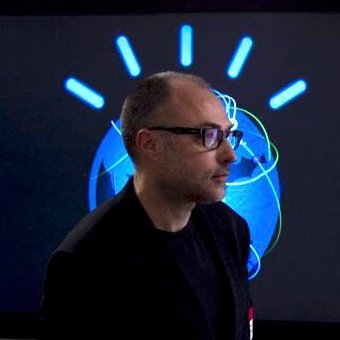 David Conover consistently breaks ground in the area of student engagement through the use of serious games.  His specialty has been at risk youth. David was recently nominated by: The White House as a Maker of Change, IBM has designated him a Champion of the Cloud for two years in a row and EdCast calls him a Global Influencer.

Taking advantage of both open source and commercial data base tools, David has introduced such innovations as the first Medical Minecraft game; health games for children, produced by students; and more recently, a global cultural curriculum that has his students talking to other classes of students in other countries about serious issues like immigration and/or sharing game development experiences.