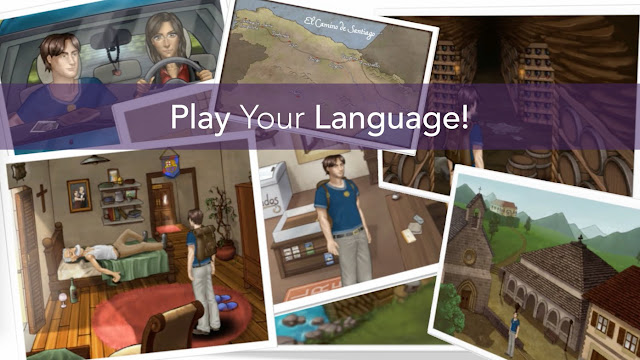 XPLingo - Play Your Language is a start-up in its very early stage founded by Ingo Ehrle and Jose Freitas. In early 2014, Ingo Ehrle, a business developer who had worked for six years in Barcelona building up a subsidiary for a German software company, was looking for a technical co-founder to start a business in language learning.

Passionate about languages, Ingo met Jose Freitas who was jumping to a new life from Brazil to Germany to open an indie game company. At that point, they spent a lot of time talking about language learning and adventure games, realizing that they shared the same beliefs.

In spring 2014, Jose and Ingo joined forces to work on the XPLingo - Play Your Language project, targeting people who learn a foreign language for passion – people who fall in love with a country as they travel there for the very first time, or want to connect with locals, or this language just sounds so damn good to them that they want to speak it.

Believing in the power that storytelling and fun experiences can have on one’s motivation to learn a new language, XPLingo was created to bring your country of choice directly to your mobile device and learn the language though playing and involvement.

Starting with Spanish, with more languages to be added soon, Play Your Language immerses players in an interactive adventure story abroad, creating moments which one could only experience while being in the respective country. 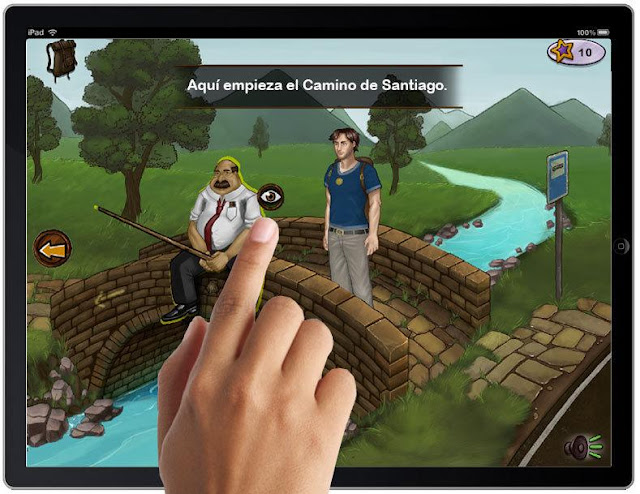 Here is where your country experience will take place: you will walk through different scenes (for example in the old town of Barcelona), discover new objects, take items that matter to you because you need them so that the story can go on, and talk to other characters. 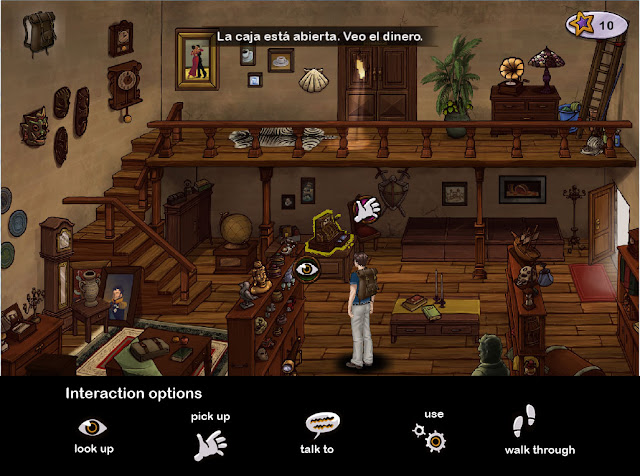 The sun is almost gone outside, but it still fights to throw its last rays through a wooden window into the antiques shop, lighting up the dust that has not yet found its place on one of the thousand objects that Francisco keeps in his shop. Francisco wants you to solve a mystery on the Camino de Santiago. He gives you a mysterious object that he holds for years in a locked glass vitrine in his shop, on a dark piece of cloth… 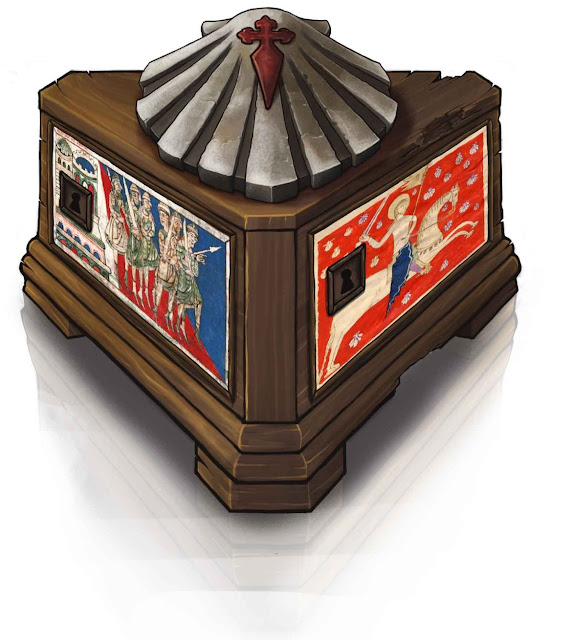 This mysterious object, known as “Las Tres Puertas” (“The Three Doors”), is an antique Music Box with three sealed doors that can give mysterious powers to whomever can open all three of its doors. The indications are that the keys to these doors can be found on the “Camino de Santiago”.

Whenever you need help in understanding what is being said in the story: just click on the word and the help layer will come up. You will not leave the game, it is just a quick help so that you can keep going with the story you are in and the experience you are having. 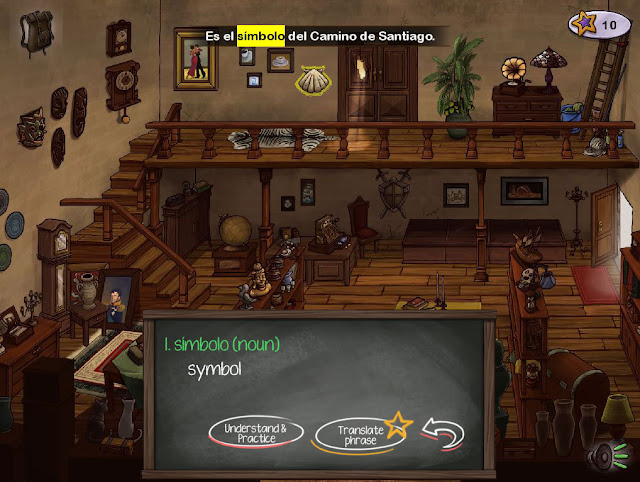